January 15, 2018adminAlcohol
If you want a delicious meal and a pint of an excellent real ale, go to see my nephew, Michael, who owns and runs The Kings Arms in Trowbridge. By contrast, if you have repeatedly drunk too much on occasions, you might be better off seeing me.
A dry January helps some people but not others. It’s a good idea if it helps some people to recognise that they have a bigger problem than they thought. It’s a bad idea if it encourages people to believe that one month of abstinence proves anything at all.
There are four distinct populations:
Total abstainers often do so for medical, religious or family reasons. Or because they discover they don’t have the gift for using mood-altering substances and processes regularly without going too far on occasions.
Moderate users do so for the taste or for a transient lift to their spirits.
Regular heavy users may do so in a particular social culture.
Alcoholics find it difficult to control their further use once they start to drink in any day.
The concept of a dry January doesn’t really address any of these groups. It tries to treat the four different populations as if they were one.
Abstainers have already made this  choice and don’t need to prove anything to themselves or anyone else.
Genuinely moderate users can abstain if they want to, but there is no pressing need in January or at any other time.
Regular heavy users may benefit from changing their social culture rather than from making sporadic, rather than sustained, changes in their drinking behaviour.
Alcoholics – people who have a progressive and destructive relationship with alcohol – can abstain in January or at any other time in the early stages of their illness. They are delighted to join an abstinence campaign in January. When they succeed in maintaining their abstinence without going up the wall, they believe they are proving to themselves and to everyone else that they may have ‘a bit of a problem as a result of particular stresses in life’ but they certainly don’t believe they are addicted. Sadly – and dangerously – that belief is false.
The very fact that some people believe they should cut down indicates that they know they have a problem. They do not have as much control as they might wish. That’s worrying.
The human brain is delicate. It doesn’t like being abused. It tells us so when we are hungover, wasted, stoned, smashed. And yet these states are called fun and believed to be a necessary part of normal life. We may think it amusing when we can’t think or even walk straight. Our brain tissue does not share our sense of humour. It gets damaged. So do our livers and hearts and many other organs. And that’s where the idea of a dry January comes from.
But let’s have a look at that. Are we saying that if we give our minds and bodies a reprieve for a month we can then go back to damaging them? Are we saying that we can’t be causing ourselves any real damage if we can stop for a week, a month or even more? Are we saying that we have to use something in order to relax and enjoy ourselves? If so, we’re in much bigger trouble than we think we are.
It’s only a matter of time before other people notice that sad truth. We ourselves are often the last people to accept it.
We consider changing our behaviour only when we’re in so much pain that we feel we’ve got to do something. But by that time it may be impossible to turn the clock back on some of the physical and social damage we have caused. And, in time, we may find it increasingly difficult to acknowledge this damage. We may believe we are in trouble with our personal and professional surroundings, rather than with ourselves.
I never suggest that my patients should have a dry January.
If they want to find out if they have an addictive nature, rather than persuade themselves this couldn’t possibly be true, I suggest that they should drink a couple of glasses of alcohol – no more, no less – at lunchtime, with  none before or afterwards, every day for a week. If they can do that, I suggest they go to see my nephew, Michael. If they can’t, they might benefit from calling me on 07540281820 to talk to me before they accumulate even more damage than they have already.
I haven’t drunk alcohol for over 33 years. It doesn’t agree with me.
But I don’t miss it at all. I’m far more creative and productive – and happier – than I ever was in my drinking days.
Let me tell you what does suit me very well: I love music in general and opera in particular. I write novels and sonnets. I take photographs and make them into picture story books. All in addition to earning my living and paying my way.
In the last month, on top of doing my counselling work, I’ve been to two operas, four musicals, two plays and a film, I’ve completed setting out a book of photographs and I’ve edited a novel.
I’m flying, buzzing, having a ball, happy as… Yes, well, there’s no need to make comparisons. Let me just say that, despite being totally abstinent, I’m having the time of my life. 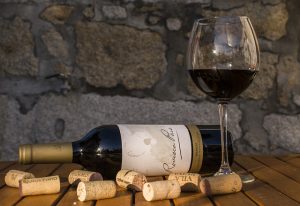