Different Approaches To The Treatment Of Eating Disorders

Ha! I should know the different approaches to the treatment of eating disorders. I’ve tried them myself. My personal experience – almost more than my professional experience of treating over 1,500 in-patients with eating disorders – is what gives me the essential insight into knowing what works and what doesn’t.

How many professors have taken food to bed with them in the hope they might wake up in the middle of the night to have an extra meal? How many have volunteered to do the washing up so they can finish off other people’s leftovers? How many have fished food out of the bin where they have thrown it away? How many have lost 28 pounds in three weeks, through starvation diet and merciless exercise, and then put it all back on again within a couple of months? I’ve done all of those things.

But I don’t do them now. Not for the last 32 years and more. As the senior partner of a medical practice, I had my professional dignity. As someone with personal experience of an eating disorder, I had none.
Seeking out various eating disorder treatments did not improve that. Mostly I was patronised by my own professional colleagues. ‘Can’t you see what you’re doing to yourself?’, ‘All you have to do is take control over what you put in your mouth.’, ‘Fat comes from food.’, ‘Nobody’s been charged with being fat in charge of a motor vehicle.’.

I tried to help myself with one dietary regime after another. I read books on eating disorders. I even wrote one – fortunately I never published it – while I was still in the grip of my own eating disorder. I read a book called ‘Responsible bulimia’ by an American doctor who reckoned he’d found the solution to his own problem. I was unimpressed. I wanted to be totally free from my eating disorder. But I had no idea how to get to that happy destination.

Doctors, psychologists, dieticians, friends and family had no hesitations. They knew – beyond any doubt – what would work for me. Eating disorder treatments abound. Utterly convinced therapists are common. In the UK there are more counsellors than there are doctors. They believe in one clinical therapy or behavioural approach after another. But do they get their patients – clients, whatever – well?
Doctors knew how to treat me medically in the way they’d been trained. They told me I needed antidepressants and cognitive behavioural therapy (CBT).
I’ve always been reluctant to take – or prescribe – mood-altering drugs, such as antidepressants, tranquillisers and sleeping tablets. My prescribing costs were 40% of those of other doctors in my area. I don’t like the idea of doctors meddling about in the biochemistry of the brain as if it were just another body organ, like the heart or the intestines rather than the awe-inspiring fount of perception and wonder as well as intellect and feeling.
And CBT is largely common sense, based on the principle that if we think right we will behave right. But there was nothing wrong with the thinking side of my brain, even though other doctors called me a maverick – and they still do. They don’t like it when I say that CBT is an excellent treatment for people who never had any compulsive behaviour in the first place.

My problem was in my feelings. I felt emotionally empty and I tried to fill that void with food. I also tried shopping and spending, work and exercise, as many of us foodies do. And I tried gambling, much to the distress of my family. None of that worked. Of course it didn’t. They were bad ‘treatments’ because the benefits were very short-lived and the behaviour had desperate side effects.

Psychologists asked me about my childhood. They would. I don’t mind telling them, again and again, but it didn’t help me to get well. And some of the things I was asked to do – such as beating cushions and screaming ‘in order to let the anger out’ – were frankly bizarre. My parents were good people. So were the other people who contributed to my up-bringing. I have nothing to scream about.

Self-pity and blame are cardinal features of addictive or compulsive behaviour. We need to replace that with acceptance and gratitude if we are to get well. There are psychologists who understand that. But it tends to be pot luck if we find the right one at the time we need one.

Dieticians are wonderful in treating diabetes or intestinal malabsorption problems. They should stick to that and give eating disorders a wide birth. The problem isn’t in the food. It’s in the mind. I think clearly and accurately most of the time but I’m insane in my relationship with sugar and other refined carbohydrates and with alcohol. Once I start to use these mood-altering substances, I don’t know how to stop.

People suffering from anorexia often want to become dieticians. Controlling food is the central issue of their lives. It used to be in mine. Nowadays I focus on the lovely times I share with my wife, the counselling work I do with patients and the various things – such as going to the opera, writing novels and taking photographs – that I enjoy.

Friends and family should remain as friends and family. We lose them if we make them into our personal therapists. They get upset when things don’t work out the way they hope and plan. Anyone wanting to help my friends or family members are welcome to do so. I know I cannot. I’m too close.

While writing this article, I have been asked for help by a recurrently overweight psychologist and by a waif who has seen ‘many wonderful people’. I have no doubt that they were wonderful. But they didn’t get her well.
I don’t get everyone well either. In truth, I don’t get anyone well. There is no ‘magic fix’ from outside. It’s an inside job. But I know what turned me round more than 32 years ago and what keeps me content – and with a steady weight – now.

Call me on 07540281820 – as these two potential patients did today – and I’ll be glad to listen. Then we’ll see what might be genuinely helpful in keeping an eating disorder – comfortably – at bay as mine is.

Different Approaches To The Treatment Of Eating Disorders 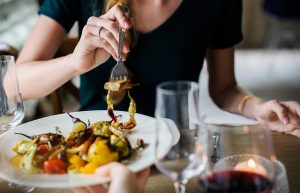